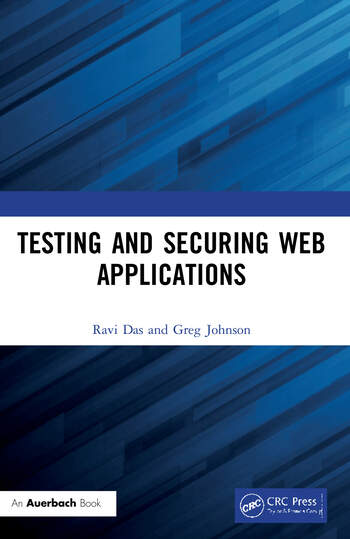 Testing and Securing Web Applications
By 作者: Ravi Das
Pub Date: 2020
ISBN: 9780367333751
Pages 页数: 224
Language 语言: English
Format: PDF/EPUB
Size: 11 Mb
The Book Description robot was collected from Amazon and arranged by Finelybook
Web applications occupy a large space within the IT infrastructure of a business or a corporation. They simply just don’t touch a front end or a back end; today’s web apps impact just about every corner of it. Today’s web apps have become complex, which has made them a prime target for sophisticated cyberattacks. As a result, web apps must be literally tested from the inside and out in terms of security before they can be deployed and launched to the public for business transactions to occur.

The primary objective of this book is to address those specific areas that require testing before a web app can be considered to be completely secure. The book specifically examines five key areas:

Network security: This encompasses the various network components that are involved in order for the end user to access the particular web app from the server where it is stored at to where it is being transmitted to, whether it is a physical computer itself or a wireless device (such as a smartphone).
Cryptography: This area includes not only securing the lines of network communications between the server upon which the web app is stored at and from where it is accessed from but also ensuring that all personally identifiable information (PII) that is stored remains in a ciphertext format and that its integrity remains intact while in transmission.
Penetration testing: This involves literally breaking apart a Web app from the external environment and going inside of it, in order to discover all weaknesses and vulnerabilities and making sure that they are patched before the actual Web app is launched into a production state of operation.
Threat hunting: This uses both skilled analysts and tools on the Web app and supporting infrastructure to continuously monitor the environment to find all security holes and gaps.
The Dark Web: This is that part of the Internet that is not openly visible to the public. As its name implies, this is the "sinister" part of the Internet, and in fact, where much of the PII that is hijacked from a web app cyberattack is sold to other cyberattackers in order to launch more covert and damaging threats to a potential victim.
Testing and Securing Web Applications breaks down the complexity of web application security testing so this critical part of IT and corporate infrastructure remains safe and in operation.