A. PowerShell and Windows, in general, are rapidly evolving technologies. As time passes, they evolve to solve significantly new challenges, and simplify challenges that were difficult in previous versions. With the release of Windows 8 and Windows Server 2012, Windows PowerShell has added many significant features to address the realities of modern, multi-machine environments. PowerShell has also made many changes to simplify and improve its fundamentals (scripting and built-in commands.) The sooner you can learn about those improvements, the better your life will be.

Q. What information do you hope that readers of your books will walk away with?

A. PowerShell is an amazing platform, an amazing glue language, and an amazingly powerful way to just get things done. For those just stepping into scripting or management, it may seem daunting at first. By breaking the "PowerShell Cookbook" into a series of simple, isolated recipes, I hope that they see evidence that you don't need to be an expert in PowerShell to start using it or improving your day-to-day tasks.

Q. What's the most exciting/important thing happening in your space?

A. Windows Administrators have long lived on a diet of point-and-click. The move to systems automation (as opposed to simply systems management) is becoming a driving force in the industry, and an accelerating factor in the careers of all who adopt it. This is especially true now that administrators are being asked to manage orders of magnitude more servers-- from large enterprise deployments, to the massive expansion of virtualization, to the DevOps role and operations management in the cloud. PowerShell is perfectly suited for this environment, and has been crafted from the start to make you efficient in it.

About the Author
Lee Holmes is a developer on the Microsoft Windows PowerShell team, and has been an authoritative source of information about PowerShell since its earliest betas. His vast experience with Windows PowerShell enables him to integrate both the 'how' and the 'why' into discussions. Lee's involvement with the PowerShell and administration community (via newsgroups, mailing lists, and blogs) gives him a great deal of insight into the problems faced By 作者::all levels of administrators and PowerShell users alike. Veronique Brossier is Senior Flash Engineer at MTVNetworks and adjunct professor at ITP/New York University. She has worked on applications for the world of art and entertainment, including The New York Visitor Center and the 9/11 Memorial site for Local Projects, NickLab for R/Greenberg Associates, Cartoon Network Online, the Hall of Biodiversity at the American Museum of National History, and many more. Demonstrate your expertise with Microsoft Access! Designed to help you practice and prepare for Microsoft Office Specialist (MOS): Access 2019 certification, this official?Study Guide?delivers: Programming in Objective-C (Developer's Library) 6th Edition
By 作者:Stephen Kochan (Author)
Series: Developer's Library
pages 页数: 552 pages
Publisher Finelybook 出版社: Addison-Wesley Professional; 6 edition (December 13, 2013)
Language 语言: English
ISBN-10 书号:0321967607
ISBN-13 书号:9780321967602
Book Description to Finelybook sorting
Stephen Kochan is the author and coauthor of several bestselling titles on the C language, including Programming in C (Sams, 2004), Programming in ANSI C (Sams, 1994), and Topics in C Programming (Wiley, 1991), and several UNIX titles, including Exploring the Unix System (Sams, 1992) and Unix Shell Programming (Sams, 2003). He has been programming on Macintosh computers since the introduction of the first Mac in 1984, and he wrote Programming C for the Mac as part of the Apple Press Library. In 2003, Kochan wrote Programming in Objective-C (Sams, 2003), and followed that with another Mac-related title, Beginning AppleScript (Wiley, 2004). Paul Bissex has worked as a graphic designer, writer, teacher, baBy 作者:sitter, and software developer. He was an early adopter of Django and is the creator and maintainer of dpaste.com, the Django community pastebin site. From September to June, he can be found at the Hallmark Institute of Photography (hallmark.edu), teaching Web development and using Python and Django to build everything from attendance systems to housing databases to image processing utilities. His writings on technology have appeared in Wired, Salon.com, and the Chicago Tribune. Since 1996, he has served as a conference host for The Well (well.com), which Wired magazine called "the world's most influential online community," and currently hosts the Web conference there. He lives in Northampton, Massachusetts, with his wife Kathleen.

Wesley J. Chun is author of Prentice Hall's bestselling "Core Python" series (corepython.com), the Python Fundamentals companion video lectures, co-author of Python Web Development with Django (withdjango.com), and has written for Linux Journal, CNET, and InformIT. In addition to being an architect and Developer Advocate at Google, he runs CyberWeb (cyberwebconsulting.com), a consultancy specializing in Python training. He has over 25 years of programming, teaching, and writing experience, including more than a decade of Python. While at Yahoo!, he helped create Yahoo! Mail and Yahoo! People Search using Python. He holds degrees in Computer Science, Mathematics, and Music from the University of California. Learn Objective-C language details and object-oriented programming concepts
Understand the anatomy of an Xcode project and all the stages of its lifecycle
Grasp key Cocoa concepts such as relationships between classes, receiving events, and model-view-controller architecture
Know how views are managed, drawn, composited, and animated
Delve into Cocoa frameworks for sound, video, sensors, maps, and more
Touch on advanced topics such as threading and networking
Obtain a thorough grounding for exploring advanced iOS features on your own 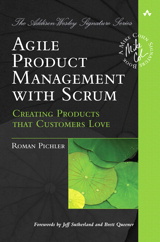 Service-Oriented Design with Ruby and Rails About the Author
Paul Dix is co-founder and CTO at Market.io. In the past, he has worked at Google, Microsoft, McAfee, Air Force Space Command, and multiple startups, filling positions as a programmer, software tester, and network engineer. He has been a speaker at multiple conferences, including RuBy 作者:Conf, Goruco, and Web 2.0 Expo, on the subjects of service-oriented design, event-driven architectures, machine learning, and collaborative filtering. Paul is the author of multiple open source RuBy 作者::libraries. He has a degree in computer science from Columbia University.