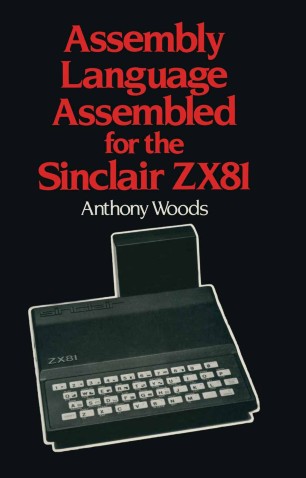 Assembly Language Assembled for the Sinclair Z. X. 81 (Macmillan computing books)
by A. Woods (Author)
Paperback: 166 pages
Publisher Finelybook 出版社: Macmillan (April 1983)
Language: English
ISBN-10: 0333345886
ISBN-13: 9780333345887
The Book Description robot was collected from Amazon and arranged by Finelybook
This book is for ZX8l users who feel competent at writing programs in BASIC but now want to take their ZX8l, and themselves, further.
Assembly language programming takes you into the heart, orshould we say brain, of the ZX8l and lets you program it in muchfiner detail than is possible with BASIC.The usual reason for writing programs in assembly language isto gain increased processing speed either to give better movinggraphics or faster processing of calculations that are repeatedoften.
Assembly language programming is also used to enable a betterprogram to fit into a small area of memory. All readers will beaware of the limitations of the ZX8l when used with IK of memoryand programmed in BASIC. As you will see later, IK of memory meansthat the computer has approximately 1000 places in its memory,which can be used to store data.
If you write a BASIC program, approximately 30 lines of programwill fill this memory. If the program is written in assembly lan-guage and then translated into machine code, 30 lines of programwill only fill about forty or fifty of the places in memory.However, to be truly comparable an assembly language program whichis equivalent to the 3D-line BASIC program, will probably need tobe 100 or 150 lines long. This will still only use something like200 places in memory, leaving enough memory for a display whichfills all of the screen.
Assembly Language Assembled for the Sinclair ZX81 0333345886.pdf: